How big companies would benefit from the researchers mindset in the context of Climate Change?

Changes in the industry goes hand in hand with changes in behaviors. 2019 was a crucial milestone on the way towards a sustainable future shifting climate education from a niche concern reserved to politicians and scientists to a broad citizen awareness.

Across Europe, climate activism is moving forward from education to action, and civilian groups such as Extinction Rebellion is directly targeting companies that are not meeting the requirements to reach the “well below 2°C” trajectory. In France, the Manifeste pour un réveil écologique collected 30 000 signatures by students in universities and graduate schools.
Citizens are reshaping their purchasing behaviours and thus pressuring companies to adjust their trajectory. This goes from bulk shopping to more organic consumption with a decrease in meat intake. We notice a raise in zero waste alternatives within the food industry or the use of sustainable materials in fashion. This goes along with a rise in new consumption systems, such as the sharing economy .

How can companies learn from scientists ? And move ahead for climate change mitigation while listening to their customers?

Starting now is key, despite climate change being a long-term challenge.
Building up knowledge follows an exponential curve, it can be slow, exciting and fastidious at the beginning and accelerates drastically as it matures. Let’s have a look at the human genome sequencing history. It lasted from 1988 to 2003. At first scientists had almost no knowledge. They extracted, purified, amplified, sequenced DNA. They migrated the first DNA samples on huge gel plates. Then the next generation sequencing machines were created. Now your genome can be sequenced for a few hundred dollars compared to the millions invested for the first human genome ever sequenced.
This is a great illustration of what research and development can achieve.
Some companies, like Legit, try to make this process easier for R&D departments, using AI to foster them on the right track for innovation, especially in pharmaceuticals, where return on investment is falling off since the last years.

The human genome sequencing would not have been possible without the patience and dedication of the scientists, yet it was not a straightforward route to success.

If we acknowledge to fail along this not so quiet river, we will make massive steps forward. Not only should we acknowledge that, but we should learn from our mistakes to transform our businesses.
Number of discoveries in science are due to serendipity. Erring is inherent to research, as well as conjecturing why the experiment might fail. In fact, discovery of penicillin was because of a misstep, Fleming found that one of his plate of bacteria was contaminated by a mushroom and threw it away. He then realised that the bacteria couldn’t live around the mushroom. Thus there is a substance preventing the bacteria’s growth. You will find in the last century, and more globally in history, plenty of examples along these lines. Roy Plumkett determined Teflon while testing and storing a new refrigerating material. After storage the gas appeared to have polymerized into a white material, so called Teflon, with properties such as repealing, non corrosive and with a high fusion point.
Although these discoveries are due to errors or artefacts, their importance emanates from the researchers’ perseverance to isolate, replicate and interpret these breakthroughs.

As researchers, startups fail often not hard. On the contrary, big companies can be stuck in a vicious circle of not taking concrete action before being perfect to achieve climate requirements and in the end give up under their customer opinion.

Working together towards one common goal is usually cheaper, faster and allows you to understand the problem globally.
You start a PhD, standing on the shoulder of giants, writing a state of the art paper to analyze what are the bright and dark zones in the extent of your field. Building on others’ work and discoveries will enable you to lighten them.
Even though research organization and collaboration patterns may differ between Europe and the US, inter-organizations and inter-country/states collaborations show to have a higher field-weighted citation impact (Kamalski and Plume, 2013).

In the Information Age, listening and reflecting both have a high value. We need to include people, especially the youth, staring for the future. We will reflect on those conversations to find new arguments and use them to improve ourselves.
Some companies managed to use one of the scientists’ best ability : to listen to different points of view as a way to master their strategy. Nidé.co based their marketing on using their customer to create their products.  On the other hand, Aroma-zone, although exposed to polemic as a pioneer in the homemade natural cosmetics, managed to transform their business. They made a real effort in terms of packaging and distribution, reducing waste, thus meeting their customers inquiries.

To ensure that companies reach their climate goals, they must check on their customers on a regular basis. Iterating including communities is the only way to meet climate expectations.

Starting now together and acknowledging our failures will lead the path to success. We need concrete actions now for climate adaptation and mitigation. To reach the “well below 2°C” target we need companies onboard. Whereas the task might look huge from a 10 000 employees’ company’s perspective, using scientific qualities such as being humble, perseverant and open to criticism will conduct us to climate resilience.

There already are many impactful projects on the topic. The Drawdown Project produced a must-read and a really useful guide of relevant measures, including at the industry level to dramatically reduce our greenhouse gas emissions and pressure on the ecosystems. Climate KIC, as an European body, work hand in hand with researchers, students and companies to faster development and implementation of solutions to tackle climate change. And, at the French level Il faut sauver shares tangible and replicable projects. 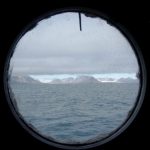